Olbia is not just the sea, but a concentration of history

In this short article we want to provide you with some information on some sites and monuments of the city. In fact, our city, well before the foundation of the Greek colony in the 7th century, has been an inhabited place for at least 3500 years. We present only 3 of them, from the oldest to the most “modern”, even if it is only 1000 years old. 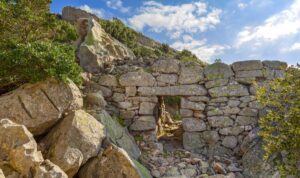 The nuraghe of Riu Mulinu
Thanks to its position that dominates the entire fjord of Olbia, on top of the peak of Cabu Abbas, this majestic nuraghe controlled the arrival of enemy boats from a strategic position, its horizon reaching as far as the island of Tavolara.
Its central tower, which was originally multi-storey, is protected by a sturdy wall that surrounds the entire hill for over 200 meters in length, with walls up to 5 meters high and almost as thick. It is a 15-minute drive from our hotel in Olbia. 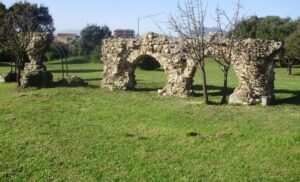 The Roman aqueduct
The Roman aqueduct was used to supply water from the locality of Cabu Abbas to the city of Olbia, which was several kilometers away from the source. The arches are clearly visible and in the immediate vicinity there is a cistern for collecting water dating back to the Roman period. It can be reached in a few minutes by car from our hotel in Olbia. 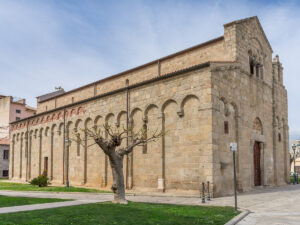 Basilica of San Simplicio
The oldest and well-preserved church in our city is also the most important religious monument in north-eastern Sardinia. It dates back to its original base at the beginning of the spread of Christianity on the island, and rebuilt as we see it today in medieval times in Romanesque style. It is named after San Simplicia and is in effect the heart of Olbia, which celebrates its with an exciting celebration of the identity tradition. It is a few minutes drive from our hotel in Olbia.

Which beaches to visit in Olbia?

Which beaches are worth visiting in Olbia? In this short article you will have useful…

Dishes of the Olbia’s cuisine

Olbia's cuisine, a mixture of sea and land In this short article we want to…

The musical band from Olbia, protagonist of Italian pop music of the 70s, takes its…

2021 Hotel Ambrosio La Corte - P.I. 01222810903 | Credits Webconsulentzia
We use cookies on our website to give you the most relevant experience by remembering your preferences and repeat visits. By clicking “Accept”, you consent to the use of ALL the cookies.
Cookie settingsACCEPT
Manage consent

This website uses cookies to improve your experience while you navigate through the website. Out of these, the cookies that are categorized as necessary are stored on your browser as they are essential for the working of basic functionalities of the website. We also use third-party cookies that help us analyze and understand how you use this website. These cookies will be stored in your browser only with your consent. You also have the option to opt-out of these cookies. But opting out of some of these cookies may affect your browsing experience.
SAVE & ACCEPT